Posted by Unknown Posted on 7:08 PM with No comments 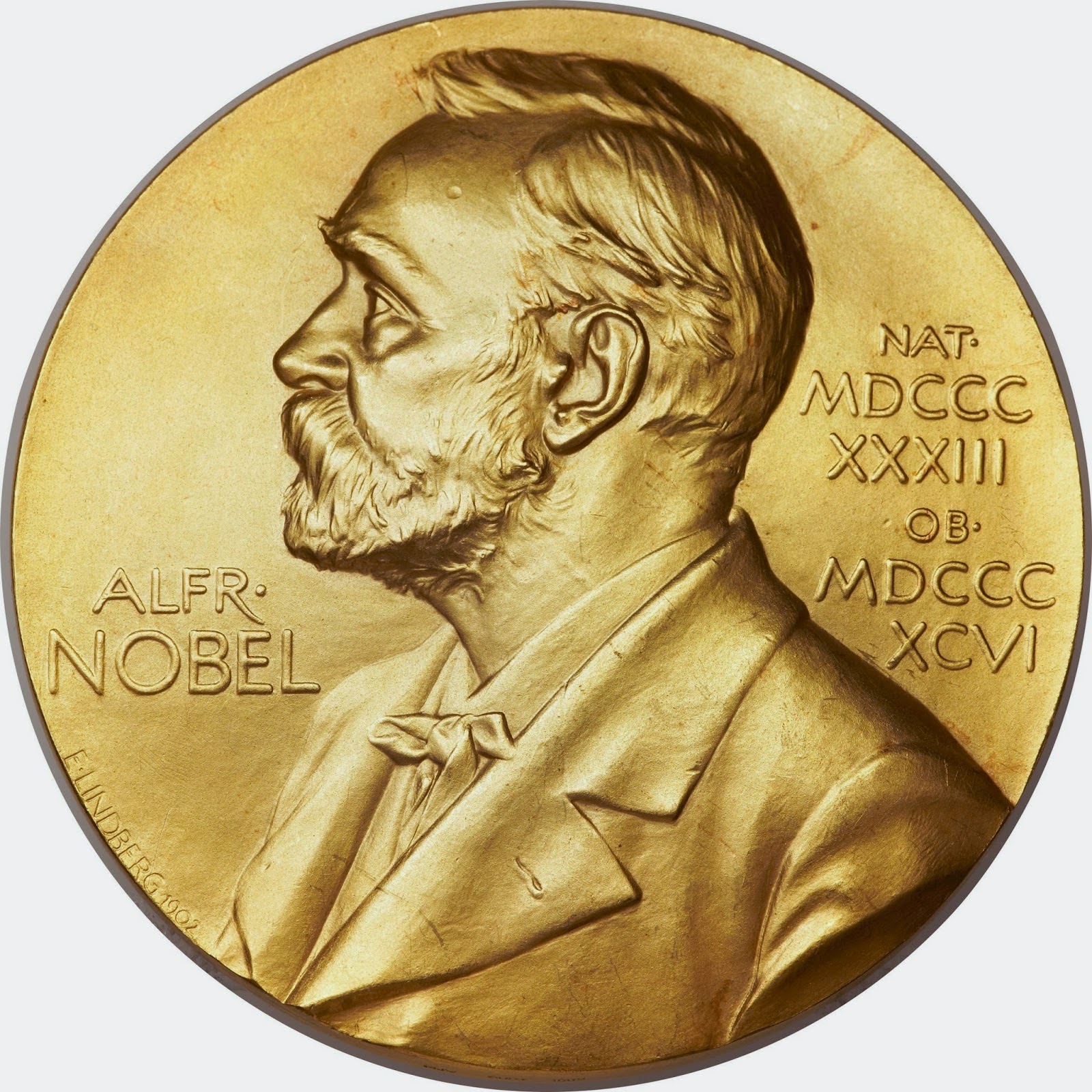 Nobel Prize are announced recently. So here we are providing you all the complete list of Nobel Prize 2014. Questions from Nobel Prize can be expected in the forthcoming exams. So, try to remember all!!
About Nobel Prize - Nobel Prize, any of the prizes (five in number until 1969, when a sixth was added) that are awarded annually from a fund bequeathed for that purpose by the Swedish inventor and industrialist Alfred Bernhard Nobel. The Nobel Prizes are widely regarded as the most prestigious awards given for intellectual achievement in the world.
For Medicine and Physiology: John O’Keefe, May-Britt Monser and Edvard I. MonserPrize Share - 1/3The Nobel Prize in Physiology or Medicine 2014 was divided, one half awarded to John O’Keefe, the other half jointly to May-Britt Moser and Edvard I. Monser “for the discoveries of cells that constitute a positioning system in the brain.”For Physics: Isamu Akasaki, Hiroshi Amano, Shuji NakamuraPrize Share - 1/3They were jointly awarded the prize for the invention of "efficient blue light-emitting diodes which has enabled bright and energy-saving white light sources.”
For Chemistry: Eric Betzig, Stefan W. Hell, William E. MoernerPrize Share - 1/3The Nobel Prize was awarded to them “for the development of super-resolved fluorescence microscopy”For Literature:Patrick ModianoThe Nobel Prize in Literature 2014 was awarede to Patrick Modiano “for the art of memory with which he has evoked the most ungraspable human destinies and uncovered the life-world of the occupation”For Peace: Kailash Satyarthi and Malala YousafzaiThe Nobel Peace Prize 2014 was awarded jointly to Kailash Satyarthi and Malala Yousafzai “for their struggle against the suppression of children and young people and for the right of all children to education”For Economics: The Sveriges Riksbank Prize in Economic Sciences in Memory of Alfred Nobel 2014 was awarded to Jean Tirole "for his analysis of market power and regulation".