Posted by Unknown Posted on 7:04 PM with No comments 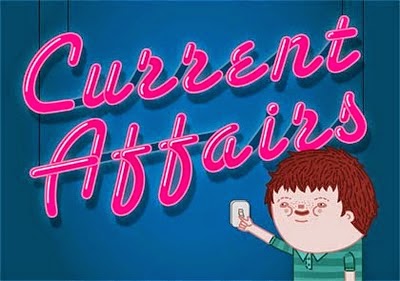 1.    SEBI bars DLF, chairman KP Singh, 5 others from markets for 3 years
i.  Regulator SEBI has barred realty major DLF, as also six top executives including Chairman K.P Singh, from securities markets for three years, after finding the company guilty of “active and deliberate suppression” of material information at the time of its public offer.
ii. Those prohibited from the markets include Singh’s son Rajiv Singh (Vice Chairman) and daughter Pia Singh (Whole Time Director), SEBI said in its order.
iii. “I find that the case of active and deliberate suppression of any material information so as to mislead and defraud the investors in the securities market in connection with the issue of shares of DLF in its IPO is clearly made out in this case,” SEBI’s Whole-Time Member Rajeev Agarwal said in his 43-page order.
iv. The company and its top executives are found to have violated various regulations including SEBI’s Disclosure and Investor Protection (DIP) Guidelines and the PFUTP (Prevention of Fraudulent and Unfair Trade Practices) norms.

2.    Asia Index launches new indices
i.  Asia Index Pvt Ltd (AIPL), a joint venture between S&P Dow Jones Indices LLC and BSE Ltd, on Monday announced the launch of two more indices for investors in Indian market.
ii. The S&P BSE Sensex Futures Index will help investors track the returns generated from investment in the near-month (one month) futures contract on S&P BSE Sensex traded on the BSE.
iii. The index includes a provision for replacement of the index futures contract as it approaches maturity (also referred to as “rolling” or “the roll”).
iv. This replacement occurs over a one-day rolling period every month, which is one business day prior to the expiration of the futures contract.
v. AIPL alsso launched the S&P BSE CPSE Index. CPSE refers to Central Public Sector Enterprises and does not include the public sector banks.
vi. “The launch of the S&P BSE Sensex Futures Index and the S&P BSE CPSE Index is a reflection of Indian investor appetite for transparent and innovative benchmarks measuring the Indian market,” said Alka Banerjee, CEO, Asia Index Pvt Ltd.

3.    Amazon and Future Groups signed deal to jointly sell goods online
i. US Online store Amazon and retailer Future Group signed a deal to jointly sell goods over the internet.
ii. According to deal, Future group's portfolio of over 40 brands will be retailed exclusively through Amazon.in platform.
iii. The partnership will initially focus on Future Group's fashion brands and will subsequently cover all other categories.
iv. Besides, Amazon and Future will also jointly develop discounting strategy and price tags on their products won't be very different from rates at stores so that both channels don't end up cannibalizing each other.

5.  Australia top ICC ODI rankings; India slips to 3rd place
i. Australia has move to the top of ICC ODI rankings following a 3-0 clean sweep of the series against Pakistan in UAE. In the latest ICC ODI ranking released in Dubai, Australia has 114 points followed by South Africa with 113 points.
ii. India has slipped to third place with 113 points.
iii. Among the batsmen, AB Deviiliers is at the top followed by Hashim Amla. India’s Virat Kohli is at number three, Dhoni at number six and Shikhar Dhawan at number eight respectively.
iv. Saeed Ajmal and Sunil Narain lead the pack of bowlers followed by Dale Steyn. India’s Ravindra Jadeja is placed sixth in the ranking list.

6.  Roger Federer wins Shanghai Masters
i. In Tennis, world number three Roger Federer has lifted his maiden ATP Shanghai Masters trophy.
ii. In the title clash yesterday, 17-time Grand Slam winner Federer defeated Frenchman Gilles Simon, 7-6, 7-6.
7.  Powerful typhoon Vongfong struck Japan
i. Powerful typhoon Vongfong struck Japan on 13 October 2014. The typhoon made its landfall in Makurazaki on Kyushu Island with winds of up to 180 kilometers per hour.
ii. Typhoon Vongfong that is the strongest storm to hit Japan in 2014 had injured more than 30 people and led to cancellation of more than 300 flights, while hundreds of thousands had to evacuate their homes. It brought heavy rain and fierce winds to the southern island of Okinawa with it.