Posted by Unknown Posted on 8:57 PM with No comments 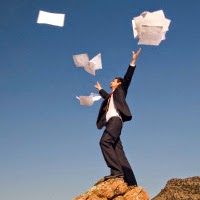 1.    Recently Gujarat government has set up a Special Purpose Vehicle (SPV) to promote ______as the state's cultural capital and encourage tourism in the city.
(1) Vadodara
(2) Ahmadabad
(3) Surat
(4) Porbandar
(5) Kutch

2.    Recently the United Nations owes India $110 million, the second highest outstanding payment to any country, for costs relating to peacekeeping operations. Which among the following countries was owed the largest amount?
(1) Ethiopia
(2) Pakistan
(3) Bangladesh
(4) Afghanistan
(5) Iraq

7.    As per the 2011 Census, which states of India have registered the highest increase in population in percentage terms?
(1) Bihar
(2) Maharashtra
(3) Madhya Pradesh
(4) Himachal Pradesh
(5) None of these

9.    Recently Dr. Kaushal Kumar Verma has got the Shanti Swarup Bhatnagar Prize in which field ____.
(1) Medical Science
(2) Biological Science
(3) Mathematical Science
(4) Planetary Science
(5) None of these

1. Gujarat government has set up a Special Purpose Vehicle (SPV) to promote Vadodara as the state's cultural capital and encourage tourism in the city.

2. Apart from India, Ethiopia was owed the largest amount at $137 million, Pakistan at $109 million and Bangladesh at $108 million.

4. The Forward Markets Commission (FMC) is the chief regulator of commodity futures markets in India. As of July 2014 for the year 2014-15, it regulated Rs 17 trillion worth of commodity trades in India. It is headquartered in Mumbai and this financial regulatory agency is overseen by the Ministry of Finance.

10. KIRAN-Knowledge Involvement Research Advancement through Nurturing, scheme for female scientists. The Department of Science and Technology will provide research grants especially to those female researchers and technologists who had to take a break due to family reasons.

15. India, along with four other countries, will start work to build the world’s biggest telescope in Hawaii Island.

The 30-metre telescope, also known as TMT (Thirty Meter Telescope), will be constructed near the summit of the Mauna Kea volcano on Hawaii Island. Besides India, other nations involved in the project are Japan, the U.S., China and Canada. The project would cost $1.47 billion with Japan covering about a quarter of the cost,


Bookmark This Site and Visit Regularly For More Updates !!