Posted by Unknown Posted on 7:39 PM with No comments 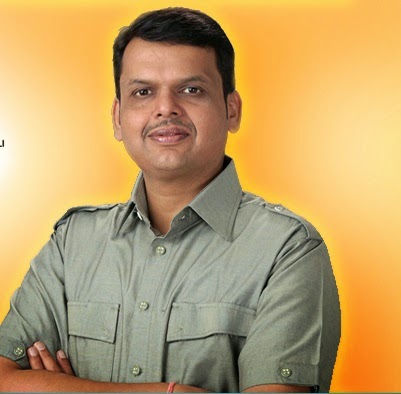 i. Maharashtra BJP President Devendra Fadnavis will be the state’s new Chief Minister. The decision was unanimously taken by all the 121 newly elected legislators of the BJP.

2.    Disclose names of foreign bank account holders: SC
i. In an order with far-reaching consequences, the Supreme Court on Tuesday directed the central government to furnish it the names of all Indian foreign account holders given to it by the German, French and Swiss authorities.
ii. The apex court bench headed by Chief Justice H.L. Dattu told Attorney General Mukul Rohatgi that the government need not do anything and just disclose the names to the court and it will decide whether the matter should be investigated by the income tax authorities or by the CBI.
iii. As Rohatgi sought to impress upon the court that the veracity of the accounts disclosed to it is being investigated by the income tax authorities, Chief Justice Dattu said: "Why do you want to have trouble of investigating.
iv. The court asked the attorney general to furnish the names in a sealed cover by Wednesday.

3.    10th World Islamic Economic Forum gets underway in Dubai
i. The 10th edition of World Islamic Economic Forum, WIEF gets underway in Dubai today.
ii. More than 2,000 participants from 100 countries of the world are taking part in the three day event. The theme of the forum is “Innovative Partnerships for Economic Growth”.
iii. The forum at the Madinat Jumeirah Conference Center is expected to give a new impetus to Islamic economy, share the experiences and to focus on making Dubai the Islamic economic hub in the region.
iv. The organizers said that the event will share the best practices and evidences for Islamic economy which is worth $ 6.7 trillion today.

4.    India, Vietnam decide to step up security, defence ties
i. India and Vietnam on Tuesday decided to ramp up their defence and security ties that will see supply of four naval patrol vessels to Hanoi and increased training of its military personnel, a month after India extended USD 100 million Line of Credit (LoC) for defence procurement.
ii. The decision between Prime Minister Narendra Modi and his Vietnamese counterpart Nguyen Tan Dung, who held wide-ranging talks here, to boost defence and security ties is likely to irk China. "Our defence cooperation with Vietnam is among our most important ones. India remains committed to the modernisation of Vietnam's defence and security forces," Modi said following his talks with Tan.
iii. This will include expansion of training programme, which is already very substantial, joint exercises and cooperation in defence equipment.

5.    Govt appoints committee to assess compensation for coal blocks
i. Days after promulgating an ordinance to e-auction Supreme Court-cancelled coal blocks, the govt has formed a committee headed by former CVC Pratyush Sinha to assess compensation to be paid for taking over running or ready to produce mines.
ii. The panel, which will also compromise officials of ministries of coal, power, finance and law, will submit its recommendations by 10th November, sources with direct knowledge of the development said.
iii. The Supreme Court had on 24th September cancelled allocation of 204 coal blocks to various companies between 1993 and 2009.
iv. Out of these, 37 are running coal mines and another five are ready to produce by April. Unlike others, their cancellation is to take effect from April 2015.

6.    Nepal gearing up for SAARC summit next month
i. Various SAARC member states are sending their advanced teams to Kathmandu to assess the preparations for the regional event scheduled from the 22nd to the 27th of next month.
ii. With just less than a month remaining for the summit to begin, government officials, especially those at Ministry of Foreign Affairs, are working on war-footing to complete the preparations for the summit.
iii. Although substantive preparations for the Summit are almost over, logistic arrangements, including procurement of bullet-proof and other high-end cars for the visiting dignitaries, are still underway.

7.    India slips 13 spots to 114 in WEF gender gap index
i. India has performed poorly in removing gender-based disparities, ranking 114 out of 142 countries in World Economic Forum's 2014 gender gap index. It slipped 13 spots from its last year's ranking of 101.
ii. The country scored below average on parameters like economic participation, educational attainment and health and survival. India is part of the 20 worst-performing countries on the labour force participation, estimated earned income, literacy rate and sex ratio at birth indicators.

8.    India ranked 15 on political empowerment sub index
i. India is among the top 20 best-performing countries on the political empowerment sub index.
ii. Iceland has taken the top spot on the index consecutively since 2009. The US is ranked 20 while at 141, Pakistan was the second lowest ranking country,scoring poorly on all the four parameters.
iii. The index was first introduced by the World Economic Forum in 2006 as a framework for capturing the magnitude of gender-based disparities and tracking their progress.

9.    Japanese telecom giant SoftBank to invest $627 million in Snapdeal
i. Japanese telecom giant SoftBank will invest USD 627 million (about Rs 3,762 crore) in the online marketplace company Snapdeal.
ii. This is the largest investment made by a single investor in an e-commerce company in India which is the world's second most populous market.
iii. The investments come a day after SoftBank announced its plans to invest a whopping 10 billion US dollars in India in coming years, making the country its top most priority.
iv. Mr Masayoshi Son, had also met with Prime Minister Narendra Modi in New Delhi and believed to discuss various investment plans in India.

10.  Emaar MGF Land Limited tied up with PayU India for its online payment service
i. Realty firm Emaar MGF Land Limited on 27 October 2014 tied up with payment gateway firm PayU India for providing an online payment facility to its customers.
ii. Emaar MGF customers can now pay EMIs for their properties through PayUMoney
iii.  PayUMoney will help customers to pay anytime and any amount with no restrictions of NEFT or RTGS.
iv. The association will enable Emaar MGF to offer a unique and secured payment gateway on its customer service portal e-Services.